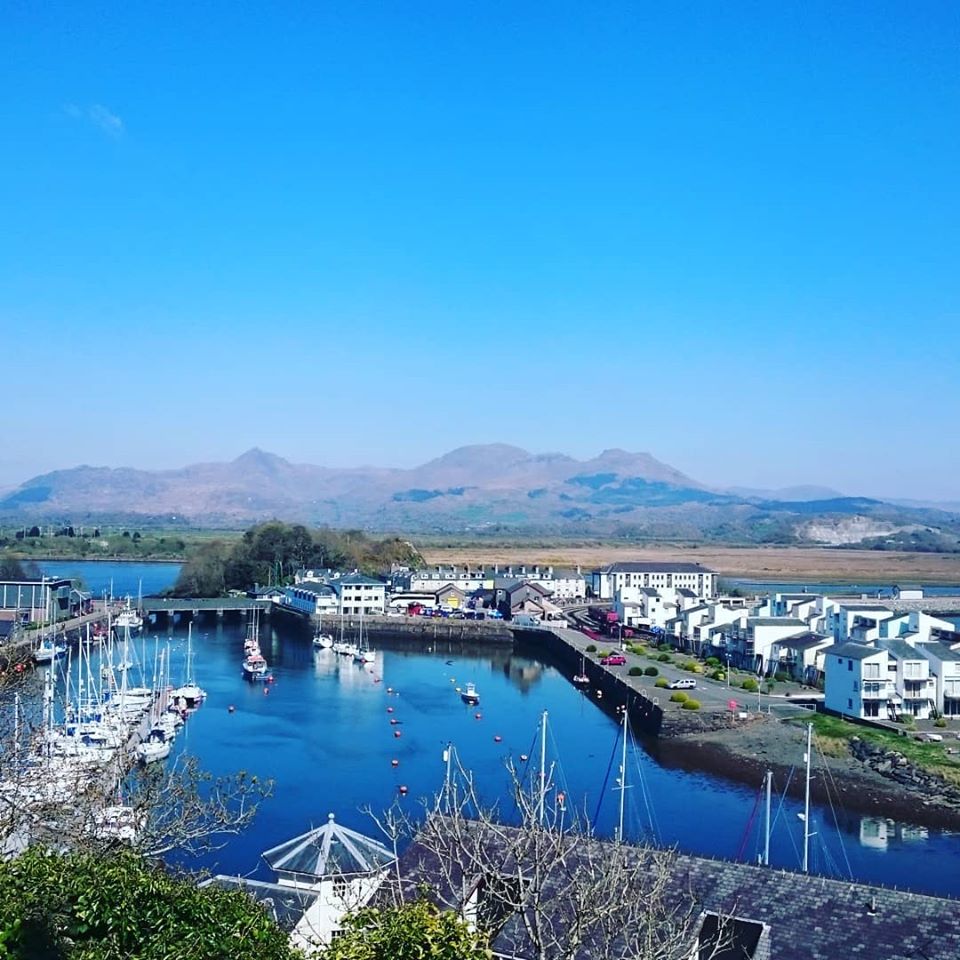 Open at ten in the morning and last orders for dinner not taken until 10.30 in the evening.

The successful, cellar restaurant was nautically themed. Real stuff from real ships. It was situated harbourside and at high tide the restaurant was almost, but not quite, below sea level.

But after 7 years the owners came up for air. They sought to escape the relentless catering regime, the heat, the noise, the polished brass and the toothy swordfish’s sword that snagged your sleeve every time you reached up for the nautical rum.

A bookshop? Why not, they thought. It would be the complete antidote to their former way of life. There was no bookshop anywhere for miles and miles and people want to read don’t they? People love books, don’t they?

The bank manager didn’t agree. It’s not viable, he said. You’ll just put yourself into debt. Try chocolates. Cigarettes. A few seaside essentials, maybe some film. Polaroids were all the rage. He was a man with a limited vision. He was approaching retirement and was at the most risk averse point in his career. He was a banker who hadn’t fully come to terms with the abandonment of the gold standard or the withdrawl from circulation of the white £5 notes.

He turned the idea down twice, so, with some family funding, a passion for reading and a complete ignorance of the ways of book selling and publishers, Browsers Bookshop was opened anyway.

The year was 1976. The premises, another cellar, rented. The landlord didn’t think the shop would succeed either and so he offered a three month trial period, rent-free.  The tiny premises, below an experimental dentist had, at different times been used for free wireless ‘concerts’, as an egg-packing station, a newspaper distribution office and a leather goods retailer’s store room. There was still a suitcase down there awaiting a new handle. The label stated that it was the property of Lady Megan Lloyd George and was ‘wanted for Thursday’.

The bookshop was opened with little fanfare on the 17th May with a Bank Holiday approaching. In those days it took publishers a minimum, it is worth repeating that word, a minimum of four weeks to supply an order. Even so they thought that was a pretty good service and it was still faster than anything W.H.Smith could manage. The founders were unaware of this fact and therefore opened with a stock of only 16 books.

But, these were stood up, opened and distributed evenly across the varnished and gleaming shelves.

Sales from the first week came to eight pounds, 17 shillings and sixpence.

At that time bibliographic data for the book trade came in the form of two chunky volumes, which arrived eleven months after the start of the year for which they were published and these were supplemented by a further four updates to carry referencing through to the next November. After the hectic pace of running a restaurant the founders thought they’d found the perfect work-life-leisure balance.

But this leisurely bookselling wasn’t without difficulties. The owners arrived for work one morning to find the gate at the top of the steps welded shut. On another day a live crab was posted through the letter box and then there was the local kleptomaniac who had a penchant for nicely illustrated bird books and a man who thought that the framed artist prints on the wall were there for the taking. He was caught heading for the train station with two pictures tucked under his arms.

The shop’s first best seller was Clive Cussler’s ‘Raise the Titanic’. Another was ‘The Mother Earth News Handbook of Homemade Power (and publishers just don’t come up with catchy titles like that anymore!),  And then there were the universally successful books such as ‘Masquerade’ by Kit Williams,  ‘Old Wives Lore for Gardeners’ (the Boland sisters) and ‘The Country Diary of an Edwardian Lady’. The shop also had some surprising success with the ‘Psilocybin Mushroom Identifier and Cookbook’ and ‘Greek Rural Postmen and their Postmarks’.

Happy days.  But in some senses it was an uphill struggle. Publishers were still slow and the main source of new title information came via the reps who tumbled down the steps, often unannounced, carrying huge cases full of wares all of which had to be appraised. All stock was bought on a firm sale basis. There were no returns. Only the hardiest reps ever called  as the shop was at the remote, western edge of their territories and, as they were often disappointed in the careful and limited selections made they would trudge back up to street level as burdened as when they’d arrived.

At some point in the early days Peter Greenaway used the shop as one of the locations for his film ‘The Falls’. It was a three-reeler and an understatement to say that it was a far from straightforward film to watch. At the local premiere the 120 strong audience at the start was reduced to 12 people at the finish. The shop and its customers were cut out of the final version.  But, there’s still hope that Browsers might make it into film.  An episode of Dr Who?  Like the Tardis, we may look small but are much bigger on the inside.     Or a James Bond movie perhaps?   Nah…….here’s a better idea…. perhaps Derek Brockway could do a weather forecast from our steps?  (Derek, we have everything you’d need. We stock ‘Fear in the Sunlight’,  ‘Cloud Atlas’, ‘The Garden of Evening Mists’,  ‘The History of the Rain, ‘Wind in the Willows’, ‘Snow Falling on Cedars’ and ‘In the kingdom of the Air’. (No pressure Derek. We’ll even give you a brolly).

But back to our Bookshop story. One sunny morning a wonderful fellow named Charlie Hammick arrived who not only introduced himself as ‘The Future’ , offering the apparently limitless resources of his wholesaler compnay, but also, while urging us up to find somewhere at street level and on the High Street he installed, free of charge, a Microfiche reader. Suddenly we were Hi-tech and state of the art! We thought we’d come of age.

Thank you, thank you Charlie. You are fondly remembered. Without you we might not have succeeded. Your visit was a vital turning point.

After seven years the cellar bookshop was sold and the business re-located to a former pharmacy in Porthmadog. The new, High Street, street level premises included an old Harmonium workshop and has a coffee shop on one side and a chapel on the other. On windless days you can still hear the Vox Angelica sighing softly.

In Porthmadog our business grew. We entered and even won some national window competitions. It’s a warm, welcoming and friendly town with a fascinating maritime history and it’s a privilege to be able to run a business there. Thank you Porthmadog.

And in Porthmadog we have stayed. We stock books of course, a few more now than the original sixteen, but we also retail art supplies, greetings cards and stationery. We have weathered several recessions, the collapse of the Net Book Agreement, petrol shortages, Foot and Mouth, the threat of VAT, back of lorry book touters, the phantom scribbler, the internet and, no doubt, the threats and challenges will go on and on. For as long as we’ve been in business the imminent end of books has been predicted.

But as long as we are able to we shall continue. So long as books are written and read and as long as independent stores are cherished.

We’ve come a long way since 1976. We are now a second generation in Browsers Bookshop, Porthmadog. We’ve worked hard. We’ve had luck, we’ve had some help.

But above all we’ve had, and couldn’t have done anything without, some truly wonderful, supportive, loyal, encouraging and knowledgeable customers both within the local community around us and from beyond. ‘Thank you’ ‘Diolch yn fawr iawn’ to them all.

6 Replies to “Browsers Bookshop – The Story So Far”